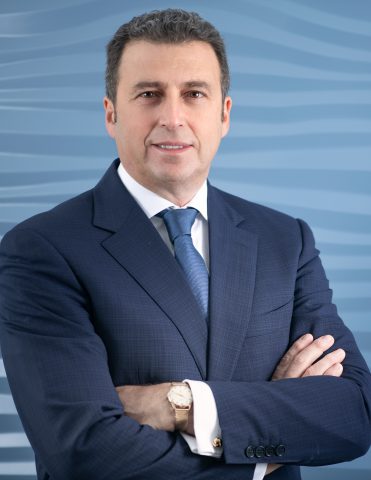 Carlos leads the operations and development of Almar Water Solutions to drive its success and growth in the sector.

Mr. Cosín has 25 years of experience in the water industry, including the development of desalination, wastewater and reuse projects around the world for both municipal and industrial sectors. During this time he has closed agreements under both EPC (Engineering-Procurement-Construction) and BOT (Build-Operate-Transfer) models, including the development of the first BOT model water project in West Africa and winning the Water Company of The Year award in 2015.

Mr. Cosín graduated in Agricultural Engineering from the Madrid Polytechnic University, and he is the Chairman and member of the board of the International Desalination Association (IDA). He was previously a member of the European Innovation Partnership on Water (EIP Water) Steering Group.  Carlos is fluent in Spanish and English.

Abdul Latif Jameel’s core business areas include transportation, engineering and manufacturing, financial services, land and real estate, energy and environmental services, consumer products, advertising and media, and health care. Based in the MENAT region, Abdul Latif Jameel has a presence in more than 30 countries over six continents, including Europe, Africa, Asia and the Pacific, North and South America.  It employs approximately 11,000 people of over 40 nationalities.