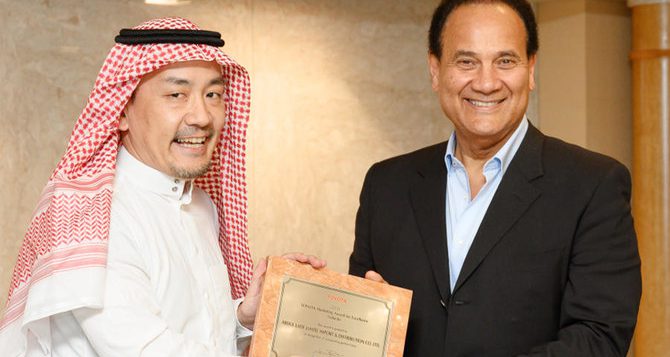 At a private ceremony held at the Toyota Kioi Club, in Tokyo, Japan, Mohammed Abdul Latif Jameel, chairman and chief executive of Abdul Latif Jameel, received a number of awards from Toyota, recognizing operational excellence in 2018. Foremost among these was the “Outstanding Customer Service Award” for provision of exceptional services throughout the customer ownership experience.

This is the highest customer service commendation given by Toyota to its worldwide distribution partners.

“For Abdul Latif Jameel Motors, receiving the award for 2018 is a particular honor as it marks recognition for consistently providing outstanding customer service for nine consecutive years,” the company said.

During the same ceremony, Abdul Latif Jameel Motors was also awarded the second highest award for sales and marketing, for the second year running.

They Just Got Driver’s Licenses, and Now They’re Going Off-Road

The starting line for the Rally Jameel was drawn in 2017, when women in Saudi Arabia earned the right to a driver’s license. Last month, the ceremonial green flag finally fell on the Kingdom’s f ...