Abdul Latif Jameel Motors, the authorized distributor of Toyota vehicles in Saudi Arabia since 1955, celebrated global sales of the legendary Land Cruiser surpassing 10 million units sold with ‘Land Cruiser Events’. Hosted in cooperation with the Land Cruiser Club, the series of events invited members of the Club and fans of the vehicle to commemorate the milestone together, and to share their appreciation of the legendary SUV and the respected Toyota brand.

Held as part of ‘Riyadh Season’, the events were a true representation of the IMAGINE! theme, celebrating the vehicle as an important and authentic part of Saudi Arabia’s heritage, whilst looking ahead to a future of new and modern technology as the features of the car evolve.

The celebration kicked off with a spectacular balloon release of helium-filled balloons bearing the esteemed Toyota logo. During the events, attendees were treated to live demonstrations of the SUV in action, navigating four-wheel-drive obstacles to showcase the Land Cruiser’s exceptional ability to deal with difficult terrain, turns and slopes. Younger guests were also able to get a taste for what it would be like to drive the legendary vehicle, sitting in the driver’s seat and enjoying the in-car features. Event attendees were invited to memorialize their participation by writing their names and messages on a Land Cruiser car, in bright and colorful paint. 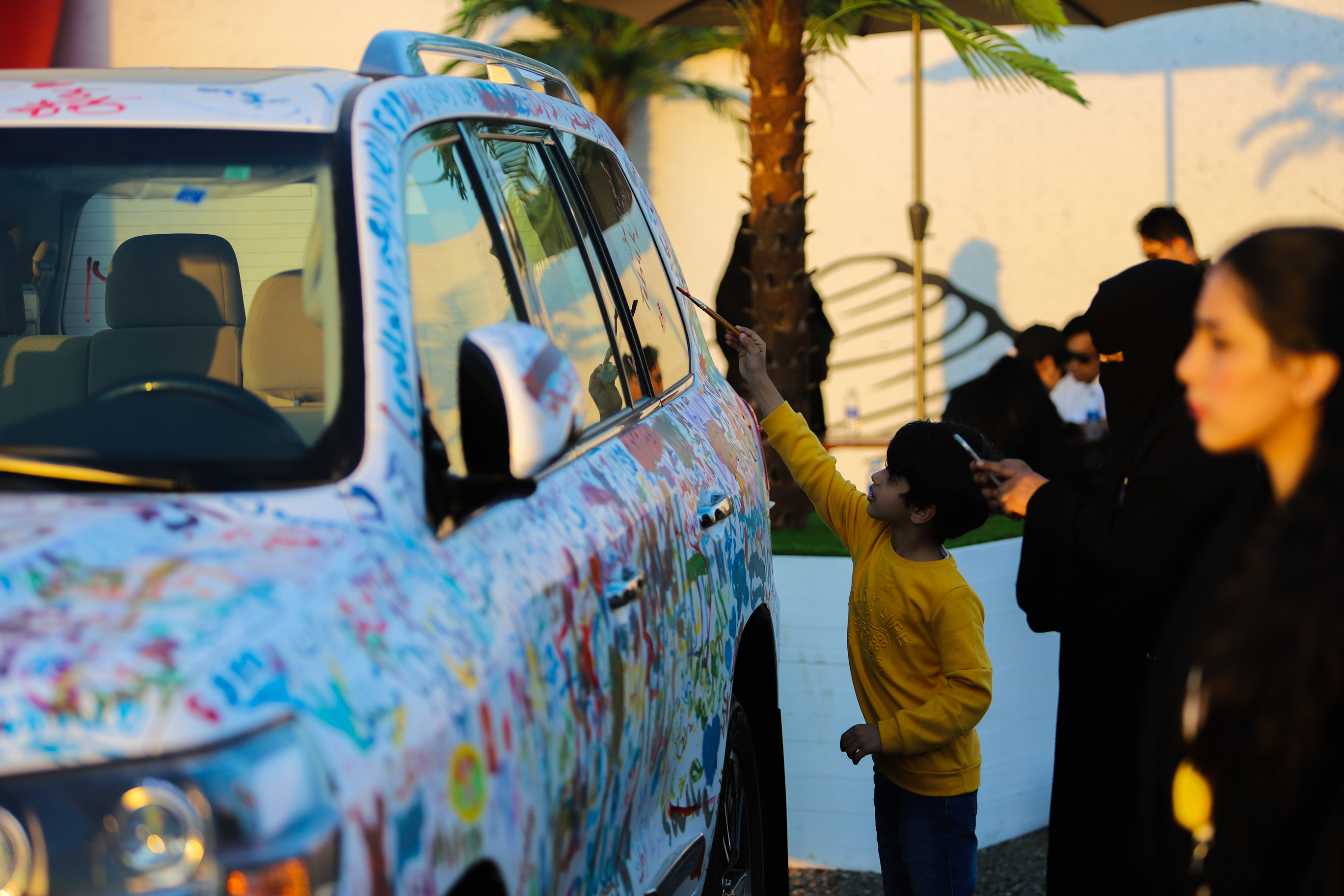 Presenting at the events, Sadayoshi Koyari, Toyota Chief Engineer for Land Cruiser, spoke about the technology and functionality of the Land Cruiser that has secured its place as one of the leading SUVs in the world with a dedicated and loyal following, as well as the importance of the vehicle in the Middle East region due to its superior drivability.

“Abdul Latif Jameel Motors has been a proud partner of Toyota in Saudi Arabia for more than sixty years so, of course, this huge achievement at a global scale could not pass by unmarked! Land Cruiser Events is part of our ongoing strategy to build initiatives that promote partnership and engagement through adventure and experience. We want to build long-lasting relationships with our guests built on shared enjoyment. Here we are presenting an entertainment initiative in line with the core theme of Riyadh Season: ‘Imagine’, bringing together people with a mutual passion and to drive enthusiasm amongst our guests with fun and exciting activities.

We would like to thank everyone who helped make this event a success, particularly the members of the Land Cruiser Club who have become close companions over the years; our relationship with them dating back to the Club’s establishment in 2009.

We would also like to thank all of our guests who are proud Land Cruiser owners and who have, collectively, helped to write this remarkable success story over the last six decades, and consistently making the series one of the leading SUVs in Saudi Arabia.”

“We organized this wonderful event to celebrate Land Cruiser’s extraordinary global achievement, and Saudi Arabia’s contribution towards it, and to commemorate the vehicle’s legacy of trusted reliability and exceptional performance. We thank Abdul Latif Jameel Motors for providing such great support and contribution which made Land Cruiser Events possible! Through nine consecutive generations, Land Cruiser has become one of the best and most popular SUVs in the world and it is an integral part of our daily lives in Saudi Arabia. We also thank all Land Cruiser fans who participated in this event and its different activities, particularly the children who added energy and liveliness to this joyful day.”

Under its principle of putting the guest first and its commitment to achieving excellence in all it has to offer, Abdul Latif Jameel Motors supports the widespread use of Toyota vehicles in the Saudi Arabian market through an extensive network of sales and maintenance centers strategically located around the country to provide peace of mind for their guests, wherever they may be.