From the Art Jameel Press Office

Art Jameel, the independent organization that supports artists and nurtures creative communities, opens Hayy Cinema to the public from December 6, 2022. Hayy Cinema expands the definition of cinema as a meeting point to watch, learn, exchange, discover and research; the complex includes a 168-seat theatre, a 30-seat community screening room, a multimedia library and an educational exhibition space.

Imagined as a year-round home for the Saudi film community and local cine-enthusiasts, the permanent, two-floor space at Hayy Jameel is designed by Jeddah-based architectural practice Bricklab, whose design won an international architectural competition run by Art Jameel in 2019, and is based on the extensive research into the history of cinema in the Gulf, and interviews with Saudi and regional actors, directors and producers. 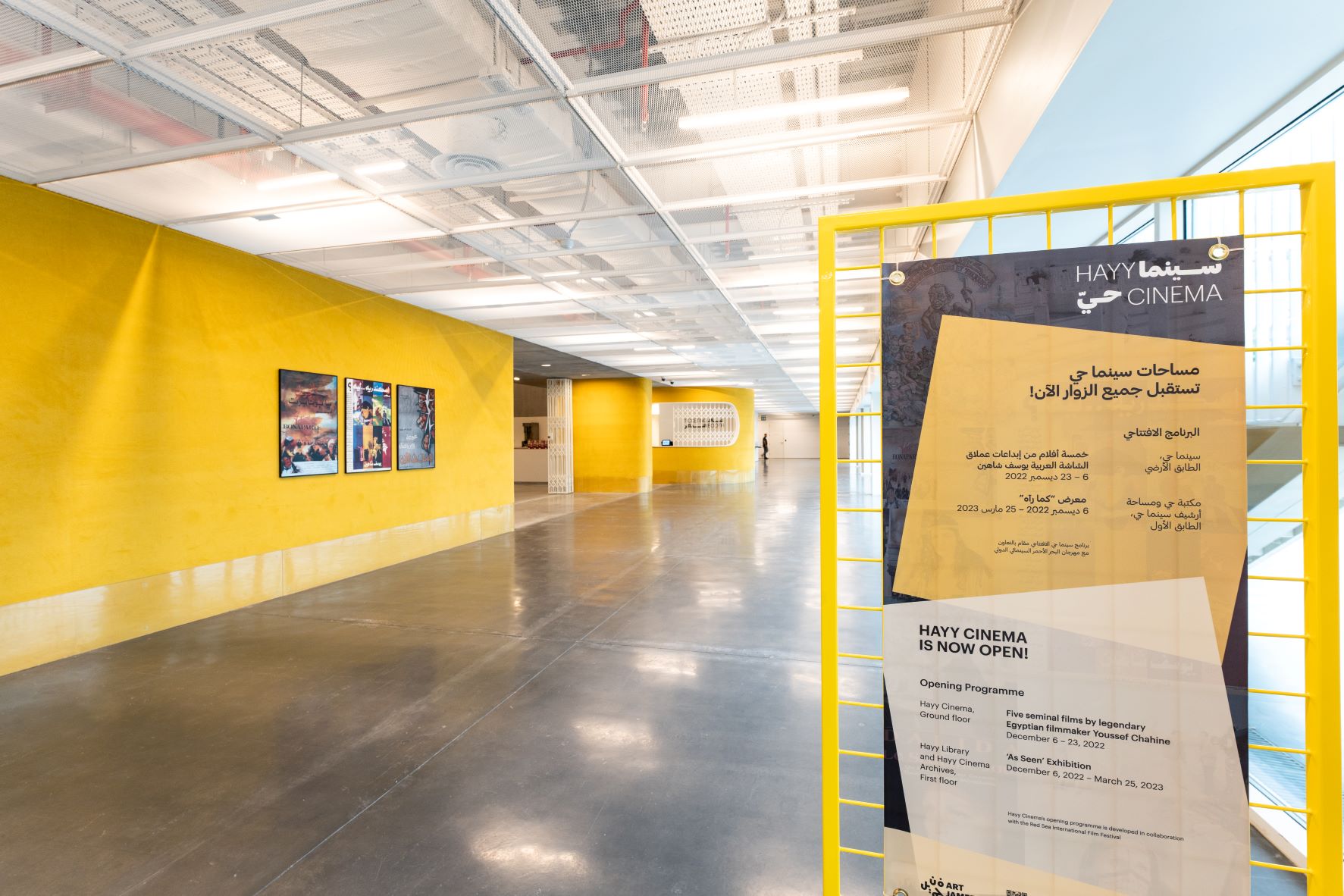 Hayy Cinema’s year-round programming includes Saudi, Arab and international features, shorts and  documentaries and is set to host flagship film festivals for all – from children through to country- and genre-specific audiences.

Indicative of the collaborative nature of Hayy Cinema, the opening program is co-developed with the Red Sea International Film Festival (RSIFF) and celebrates visionaries of Arab cinema’s golden era, including a retrospective of five newly restored, groundbreaking films by Egyptian master Youssef Chahine – one of the Arab world’s most internationally celebrated filmmakers – and a thoroughly-researched and rare archival exhibition that highlights renowned photographer Gamal Fahmy’s contribution to the revolutionary force of filmmaking in the region.

“There is no better way to celebrate Hayy Jameel’s first anniversary than with the launch of the much-anticipated Hayy Cinema.  This is Saudi’s first bespoke independent picturehouse, developed with the intent to nurture the local film scene – not only filmmakers, but also the audiences who appreciate them. Via a year-round program of films from Saudi, the region and the world, as well as talks, exhibitions and film festivals held across its various community spaces, the cinema becomes a convivial site of convening, opening up a whole new world of storytelling and imagination.

“We believe that Hayy Cinema’s focus on presenting and documenting the great breadth of global cinema, and in tracing the history of cinemas and films from the Gulf, complements the blockbusters of Saudi’s fast-growing commercial scene and government-led industry initiatives. With Hayy Arts being a museum space for the visual arts and Hayy Cinema for the moving image, both anchor Hayy Jameel, grounding the complex as Jeddah’s home for creative expression.”

The full schedule of Hayy Cinema Opening Program screenings can be found on www.hayyjameel.org.