Rally Jameel, Saudi Arabia’s first ever women only motor event has successfully concluded, with all 34 teams safely making it to Riyadh, the final part of the 1105 kilometer of a three-day long rally.

The rally, which was started in front of the stunning front of the Al-Qishlah Castle in Hail by His Royal Highness, Prince Abdulaziz bin Saad bin Abdulaziz, Prince of Hail, was won by Annie Seel and Mikaela Åhlin-Kottulinsky from Sweden, in their Toyota RAV4. Annie is a well-known Dakar veteran racer, who has a long list of wins over her 30-year racing career. 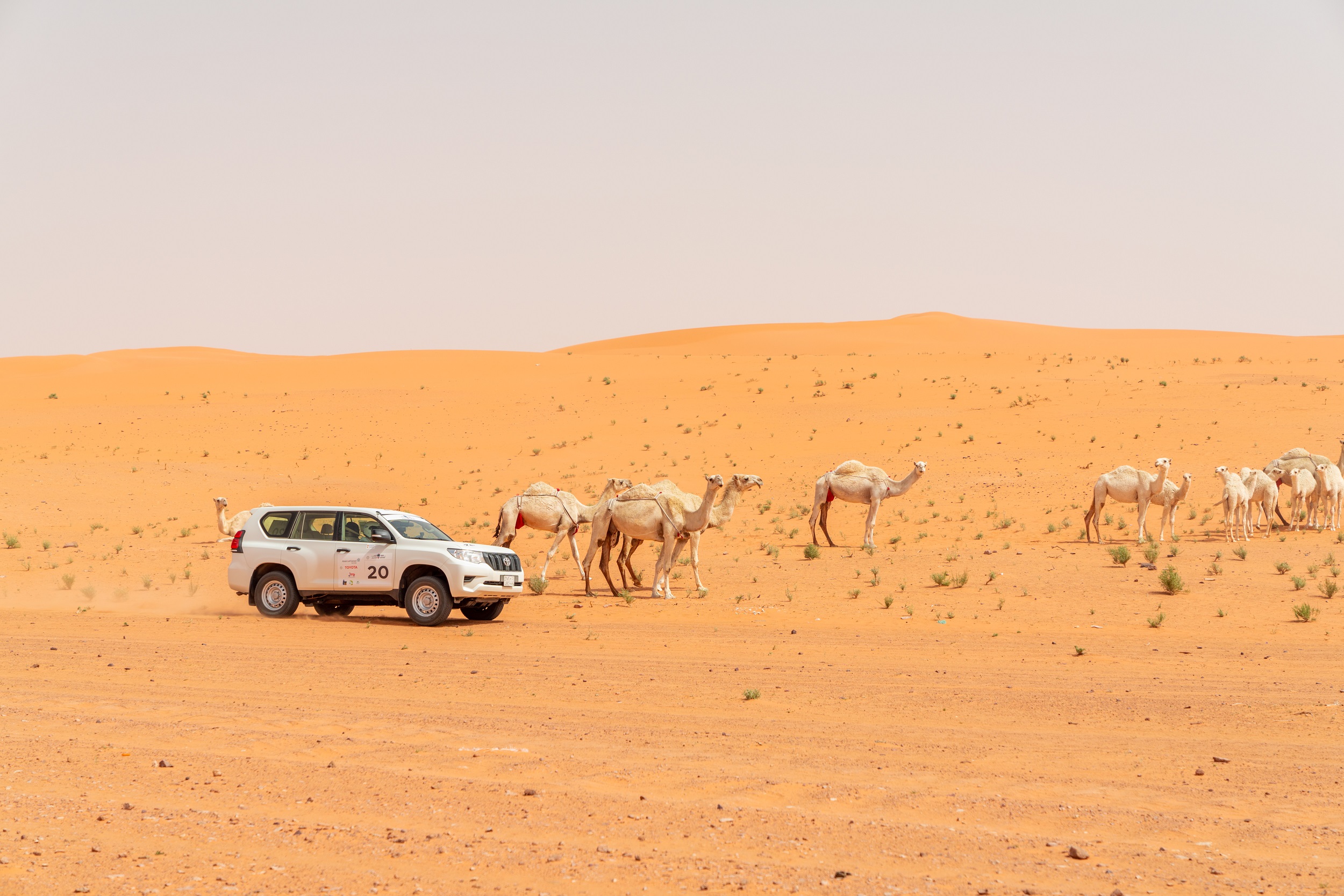 The rally is an initiative by Abdul Latif Jameel Motors, organized by Bakhashab Motorsports, and sanctioned by the Saudi Automobile & Motorcycle Federation (SAMF).

“As Abdul Latif Jameel Motors, we are honored to help drive women’s participation in sports through Rally Jameel. As a motorsports event inspired by Saudi Arabia’s mission to empower women under Vision 2030, we are committed to building on the Rally’s success and further assisting in this progressive Kingdom-wide transformation”, commented Hassan Jameel, Deputy President and Vice Chairman, Abdul Latif Jameel.

The race was brought about to encourage more women to get involved in motorsport and rallying, which recognizes that a modern nation must encourage and empower all members of society in all forms, including sport.

“I am very happy with Rally Jameel coming to its end and crowning all the winners, who took part in this historic, first of its kind, women only, navigational rally in KSA and the Arab world,” commented Abdullah Bakhashab, General Manager of Bakhashab Motorsports, who orchestrated the event.

“I would like also to express my satisfaction with the huge participation, where foreign racers from 15 countries, such as the US, Sweden, UAE and others, took part in the rally, alongside nearly 21 racers from KSA. And most importantly, they all reached the end point safely. I look forward to seeing them again in Saudi Arabia.”

The navigational rally, which was not designed as a speed test, followed a route, both on road and off-road, from the north-central city of Hail, via Al- Qassim city, through to the capital, Riyadh, via hidden checkpoints and challenges.

“It was a great experience. To be honest, I took part because rally racing is a hobby I wanted to be part of and grow in, ,” said Her Royal Highness Princess Abeer bint Majed Al Saud, who participated in her Porsche Cayenne with co-driver Nawal Almougadry.

“It’s a sport I always wanted to be part of growing up. I have always raced on circuits, but this is my first 4×4 experience, and I learned a lot. I did face a lot of difficulties with my car, and I had a punctured tire almost every day. But I am grateful I made it, and it is a true honor to have met all these women, and I wish to stay in touch with all of the participants.

Despite a number of well-known rally racers and Dakar winners being involved in the event, for most of the entrants it was their first taste of any kind of motoring experience.

“The rally was really challenging and fun, but not that easy,” said Walaa Rahbini, who was participating in her first ever motoring event, driving an MG RX8 with her sister Samar. “We needed more practice. The navigation was ok, but sometimes when you lose your way you have to go back and recalibrate the kilometers, so you can continue, which was challenging. But I would definitely do a rally like this again.” 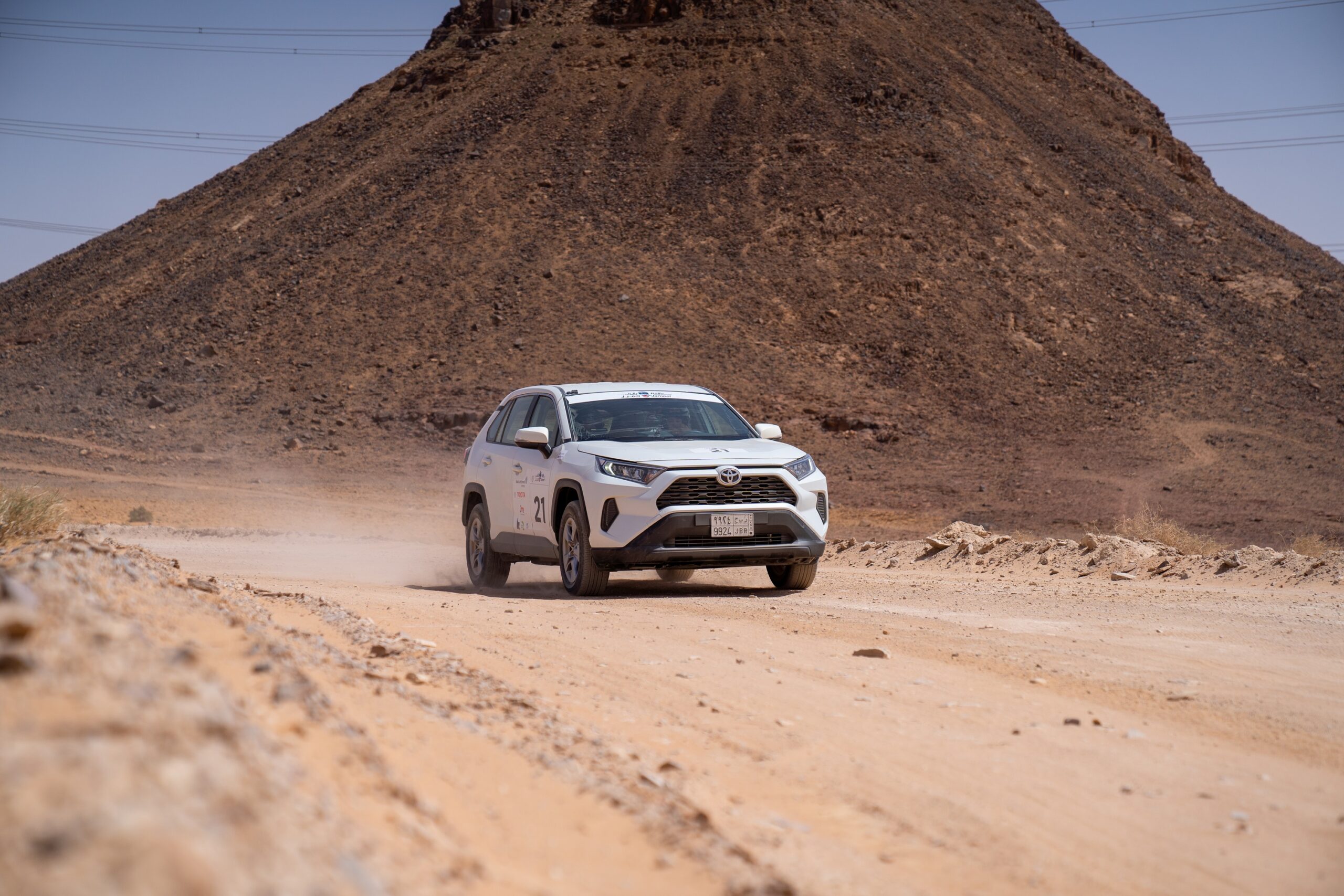 The rally passed by some of the region’s most interesting historical sites, including passing through Jubba, a UNESCO world heritage site known to contain the best and oldest examples of Neolithic rock art.  It then headed to Tuwarin Village and onto the area of Uyun AlJiwa in the Al-Qassim region, which features the famous Antar and Abla rock. The route then passed by the iconic Saq Mountain, before heading to Rawdat Al Hisu, close to the Ruwaydat ash Sha’ Basin, finally finishing at the Rally HQ at Shaqra, the location of the newly opened Shaqra University.

“It’s been so cool to come to Saudi Arabia and see some of the amazing sites and landmarks the country has to offer,” said Emme Hall a former winner of the US-based Rebelle Rally. “Although it was a rally, because speed wasn’t part of the event, we actually had a little time to look around and enjoy the scenery. That made this even more special, and my co-driver and I can’t wait to come back again.”