Future of Food: how J-WAFS is making a global impact

Since it was established in 2014, the Abdul Latif Jameel Water and Food Systems Lab (J-WAFS) at the Massachusetts Institute of Technology (MIT) has gathered attention around the world for its pioneering work to help tackle water and food challenges in the face of climate change, population growth, and increasing urbanization and development across the globe.

The future of food: beating the heat with genome edited crops

The Mainichi, the English-language news site of the Mainichi Shimbun national Japanese daily, recently featured the work of J-WAFS in an article about the future of food including a look at an exciting J-WAFS-funded project relating to crop resilience and gene editing.  The article originally published on November 28, 2018, is reproduced below by kind permission.

Wheat with DNA tweaked to beat the heat, and redesigned rice that can flourish in hot, dry conditions.  Work is now underway to bring these kinds of genetically edited foods to dinner tables around the world, with the new rice estimated to be in bowls by about 2039, all necessitated by our warmer — and in some places much drier and much more populous — planet.

“Climate change poses an enormous threat to food security for large parts of the world,” said Professor John H. Lienhard V, director of the Abdul Latif Jameel Water and Food Systems Lab (J-WAFS) at the Massachusetts Institute of Technology (MIT) of the United States in emailed comments to The Mainichi.  He added that “changes to food production practices and even staple foods in our diet will be necessary.” 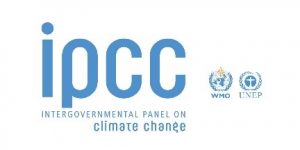 Crop yields fall about 5 percent for every degree of temperature rise, according to the United Nations and the Intergovernmental Panel on Climate Change (IPCC).

Meanwhile, an IPCC report released on October 8th, stated the Earth could be an average of 1.5 degrees Celsius hotter compared to the preindustrial era as soon as 2030.  And that warmer world may see significant decreases in rainfall: 5 to 10 percent in large parts of Mexico, southern Africa, the Middle East and southern China, and up to 20 percent in areas of southern Europe and North Africa.  At the same time, the world’s population will continue to grow, to 9.73 billion by 2050, and 11.2 billion by 2100, according to a U.N. estimate.

In Japan, the Cabinet’s 2015 climate change adaptation plan noted that rice yields were already falling.  Furthermore, under the IPCC’s worst-case 3-degree warming scenario, “if a shift to high-temperature-resistant varieties does not proceed, the ratio of first-class rice will decrease nationwide,” except in the north of the country.

MIT’s Lienhard noted that everyone can help counter these threats through not wasting food, using green energy and thinking “about how your personal food choices can be most sustainable.” Meanwhile, “science and technology will aim for major results.”

“I think the genes and pathways that we’re identifying through our approach — spanning cell biology to whole plant physiology — could be good candidates for GM (genetic modification) intervention” to keep yields up, MIT assistant professor David Des Marais told The Mainichi in an email interview.

Des Marais and his team are working on a J-WAFS-backed project to find the genetic foundations for responses to heat and water stress in a grass species related to wheat and rice.  They are looking for gene networks activated by these conditions, and how plants then allot resources like nutrients to survive.  He added that genetic editing based on the team’s research could be “a good opportunity to improve crop resilience and food security in at-risk locations around the world.”

Another endeavor Des Marais called “very exciting” is the C4 Rice Project.  A 10-institution effort headquartered at Britain’s Oxford University, the project’s goal is to genetically alter rice — a “C3” plant, so-called because of the three-carbon molecules it makes during photosynthesis — into “C4” plants.  The chemical processes in this type of plant is much more efficient at converting solar energy into forms the plant can use (and some we can eat) through photosynthesis — using sunlight to make glucose from carbon dioxide and water — than its C3 cousins. In short, C4 plants produce more grain from the same amount of sunlight.

What’s more, “C4 plants do particularly well in hot and dry places — generally yielding up to 50 percent more than C3 plants whilst using less nitrogen and less water,” essential for plant metabolism, project head and Oxford professor Jane Langdale told The Mainichi in an email exchange.  For a warming world with a lot less rainfall in some areas, “the implications are enormous,” she added.

However, none of this is easy.  The C4 project is nothing less than the genes-up redesign of one of the rice plant’s basic life processes, giving it new chemical properties and even new cell structures in its leaves.  Furthermore, genes are ‘networked,’ meaning that genetic expression is based on interactions among the molecules themselves and other substances and factors, so finding which combinations of genes do what is no easy task.

There are also widespread worries over the future consequences of genetically modified organisms (GMOs).  On July 25, the European Court of Justice ruled that any gene edited plants — even those not incorporating any outside DNA — fall under the European Union’s GMO Directive prescribing an extremely strict regime of checks and official approvals before a GMO can go to market.

On the other hand, an August 20th report by an expert panel at Japan’s Environment Ministry recommended regulating genetically modified organisms that include DNA inserted from other sources, but relaxing rules for GMOs that have had genes disabled or deleted, reasoning that such genetic changes also occurred in nature.

“A lot of plant biologists were really shocked by the recent EU developments,” commented MIT’s Des Marais, adding,  “I hope other regions of the world approach next-gen GM crops with a more open and evidence-based mind.”  Oxford’s Langdale, meanwhile, predicted that there would be “different ground rules” by the time C4 rice was ready to market, “not least if food shortages are as extreme as predicted.”

If the GMO concerns are overcome, both Des Marais and Langdale were confident genetically edited plants could provide for our hotter world’s growing population, though a long road lies ahead.

“The (C4 rice) project is on target but it is expected that there will need to be a 10-year engineering phase after the current phase ends next year, followed by possibly 10 years of breeding. This puts an end date of 2039,” said Langdale.

Still, Des Marais emphasized that we also must work on better preserving the food we already grow, managing water and soil better to boost yields, and helping small-scale farmers tap the funds they need to maximize the potential of their land. “To feed 10 billion people we’re going to need … better varieties, better cropping systems, better access to markets,” he said. “GM is part of that, but possibly not the most critical.”