Could hydrogen be on the cusp of a breakthrough as the sustainable automotive fuel of the future?

Long hyped as the ultimate clean energy fuel, hydrogen has never quite lived up its promise.  But that could all be about to change, according to experts at a leading global energy organization. “The huge challenges of climate change, as well as the rise of the wind and solar industries, are giving it new momentum and attracting fresh interest from governments and businesses well beyond the auto ­industry,” says Fatih Birol, executive director of the International Energy Agency[1] (IEA), which launched its ‘Future of Hydrogen’ report at the G20 in Karuizawa, Nagano Prefecture, Japan.

Mr. Birol, who also chairs the World Economic Forum’s Energy Advisory Panel, believes the development of new technologies and processes mean that hydrogen now has the potential to revolutionize mobility in the coming decades.

He emphasizes the vital role clean vehicles have to play in bridging the gap between today and a net-zero emissions future, and points out that the storage capability of hydrogen – “a big hydrogen storage facility in Texas… can hold about 1,000 times as much electricity as the world’s largest lithium-ion battery complex” – means it could be a key component in unlocking major progress.

While electrification is set to be a large part of the future of personal transport, Mr. Birol believes the potential power of hydrogen, combined with the natural propensity to traditional ports of major industrial sectors, provides an opportunity to develop new ways of powering everything from trucks and ships to refineries, chemical plants and steel mills.

Were his vision to become reality, today’s heavy and dirty industries would be transformed at a stroke.  Gone would be the greenhouse gases and harmful emissions, replaced instead by an energy process that produces only water – which could itself be used to produce even more energy.

And all of this could be powered by “the most abundant element in the universe”.  In the words of Mr. Birol: “What’s not to like?” Inevitably, there are still substantial challenges to overcome.  Not least a financial one.  Mr. Birol says:

“Governments will be crucial in determining whether hydrogen succeeds or fails.  Most of the more than 200 projects under way still rely heavily on direct government funding, according to International Energy Agency analysis.  But smart policies should encourage the private sector to secure long-term supplies of clean hydrogen and give investors the incentives to back the best businesses.”

More than anything, he says, “the world should not miss this unprecedented chance to make hydrogen a serious part of our sustainable energy future”.  And with a growing number of countries implementing policies designed to directly support and encourage investment in hydrogen technologies, Mr. Birol may get his wish[2].

There are several compelling reasons why hydrogen fuel cell vehicles could provide an attractive alternative to the currently more widely adopted electric vehicle.  First, the range of a hydrogen car is 700km-800km, compared to just 300km-400km in the very best performing electric vehicles[3].  Fuel cell cars can also refuel at the same speed as gasoline cars – which is significantly quicker than the charging process on an electric vehicle.  And hydrogen can be a completely clean power source, created by harnessing excess electricity generated by renewable energy sources to break down water and produce the hydrogen needed for fuel cell vehicles[4]. The development of clean hydrogen would overcome some of the challenges that have so far restrained hydrogen’s progress.  Traditionally, producing hydrogen is not a clean process.  Natural gas is the current primary source of hydrogen production and this fuel cost accounts for 45%-75% of total hydrogen production costs[5].  Producing hydrogen from fossil fuels also means that as demand for hydrogen has soared – it has trebled since 1975 – so too have the emissions generated by traditional hydrogen production.  It now accounts for 830 million tons of CO2 per year, roughly the same as the total CO2 emissions of the UK and Indonesia combined[6]. “With declining costs for renewable electricity, in particular from solar PV and wind, interest is growing in electrolytic hydrogen and there have been several demonstration projects in recent years… With declining costs for solar PV and wind generation, building electrolyzers at locations with excellent renewable resource conditions could become a low-cost supply option for hydrogen.[7]”

Although hydrogen has been hailed in the past as the ‘energy of the future’, Mr. Birol is not alone in his assessment that this time, things could be different.

“There is a new and credible pathway to clean, affordable and widespread use of hydrogen in global energy systems, as long as governments, companies and other actors seize these near-term opportunities,” says the IEA report[8].

In China, the man credited with ensuring that the country’s electric vehicle sales now account for one of every two EVs sold globally[9], is urging a new automotive revolution based on hydrogen fuel-cell vehicles.  Former Audi executive Wan Gang – who has also served as China’s Minister of Science and Technology – says a strategy of national subsidies, similar to those used by China to support the growth of electric vehicles, could have a major impact.

“We should look into establishing a hydrogen society,” said Wan in a recent article in the South China Morning Post. “We need to move further toward fuel cells.”

He continued this line of thinking in a recent Bloomberg News interview:

Should hydrogen fuel-cell vehicles rise sharply in popularity and accessibility, it could be particularly good news for China’s bus sector.  Hydrogen buses can currently drive 150% more on a full tank than electric vehicles (500km versus 200km)[10].  Wan highlights the fact that long-distance buses outnumber inner-city buses five to one across China.

A Mitsui report even suggests a green method of acquiring the necessary hydrogen to spark a transportation revolution.  “In China, large amounts of excess electricity generated from wind and solar power are abandoned.  If all such electricity is converted into hydrogen, it is possible to meet the demand to charge hydrogen fuel into about two million personal passenger cars[11].”

Ambitions like these will need to be accompanied by enormous infrastructure developments if they are to stand any chance of being delivered.  Current estimates put the cost of building a hydrogen station at US$ 3.78 million to US$ 4.73 million[12], but reductions in the regulations around the construction and operation of hydrogen stations – including letting them operate unmanned and allowing low-cost hydrogen compressor equipment to be used – are designed to halve those costs[13].

In terms of hydrogen fueling infrastructure, China is still a minnow, with just 12 hydrogen refueling stations[14] in the vast country.  Its neighbor across the sea, Japan, however, is a world leader in hydrogen fuel-cell vehicles.  It aims to have 200,000 hydrogen vehicles on the road by 2025[15], rising to 800,000 in 2030[16].   These will be supported by a national network of 200 hydrogen refueling stations open and in operation by the end of 2020, with the 2020 Tokyo Olympics cited as the starting point on a race to “put millions of hydrogen vehicles onto the nation’s roads[17]”.  Looking further ahead, it is targeting 320 hydrogen stations operational by 2025[18] and 900 by 2030[19].

Japanese prime minister Shinzo Abe says: “My government is aiming to reduce the production cost of hydrogen by at least 90% by the year 2050, to make it cheaper than natural gas.”

Elsewhere, nearly half of the world’s entire in-use fuel cell vehicles can be found in California[20].  The U.S. state is currently home to 34 hydrogen stations that serve more than 4,200 fuel cell vehicles[21].  The California Energy Commission committed US$ 92 million to fund the completion of more than 40 hydrogen fueling stations as part of its 2018-2019 Investment Plan Update[22].  For those involved closely with the ongoing advance of fuel cell cars across California, it is a welcome development.

“The big issue is getting the infrastructure built, because what we’ve shown so far is if you can open up a hydrogen stations, automakers can sell a car[23].”

With Hyundai, Nikola and long-standing Abdul Latif Jameel partner Toyota Motor Corporation all developing hydrogen-powered vehicles[24], Mercedes-Benz, already in the European market with its GLC Fuel Cell[25], and an imminent entry into the hydrogen fuel-cell market from German car manufacturer BMW[26] through its X5 model, it is clear there is significant credibility behind the idea that hydrogen is on the verge of a breakthrough.

Toyota has long maintained that hydrogen fuel cell technology can offer a sustainable zero emission solution across a broad spectrum of vehicle types, and sees global sales of fuel cell electric vehicles increasing significantly after 2020.[27]  In line with these expectations, it plans to produce over 30,000 fuel cell electric cars annually after 2020[28] – a significant rise from 3,000 per year in 2018. The hydrogen-fueled vehicles for the pilot testing phase of the station were supplied by Abdul Latif Jameel Motors and Toyota Motor Corporation, with the Toyota Mirai fuel-cell vehicles. Toyota has been investing in hydrogen for over 20 years.  It introduced the Mirai in 2014, as its first mass-produced hydrogen fuel cell vehicle.  The Mirai is a zero-emission vehicle which runs on compressed hydrogen gas and only emits water.  The car is powered through a fuel cell which creates electricity by combining oxygen from air with hydrogen from the fuel tank.

Raad Al Saady of Abdul Latif Jameel said: “The exciting collaboration with Toyota continues our long-standing participation in building Saudi Arabia’s sustainable energy future through the introduction of hydrogen-powered transport vehicles.  Hydrogen, which is mostly produced from oil or natural gas today, is a clean and sustainable fuel that offers the driver the same 5-minute gas station fueling experience with a much higher range compared to electric vehicles.”

Abdul Latif Jameel looks forward to working with Toyota Motor Corporation for many years to come on the ongoing development, delivery and widespread integration of hydrogen fuel-cell vehicles into a green new future for mobility.

[14] The godfather of EVs in China has turned his attention to hydrogen cars, Green Car Reports, 20 June 2019

[24] The godfather of EVs in China has turned his attention to hydrogen cars, Green Car Reports, 20 June 2019 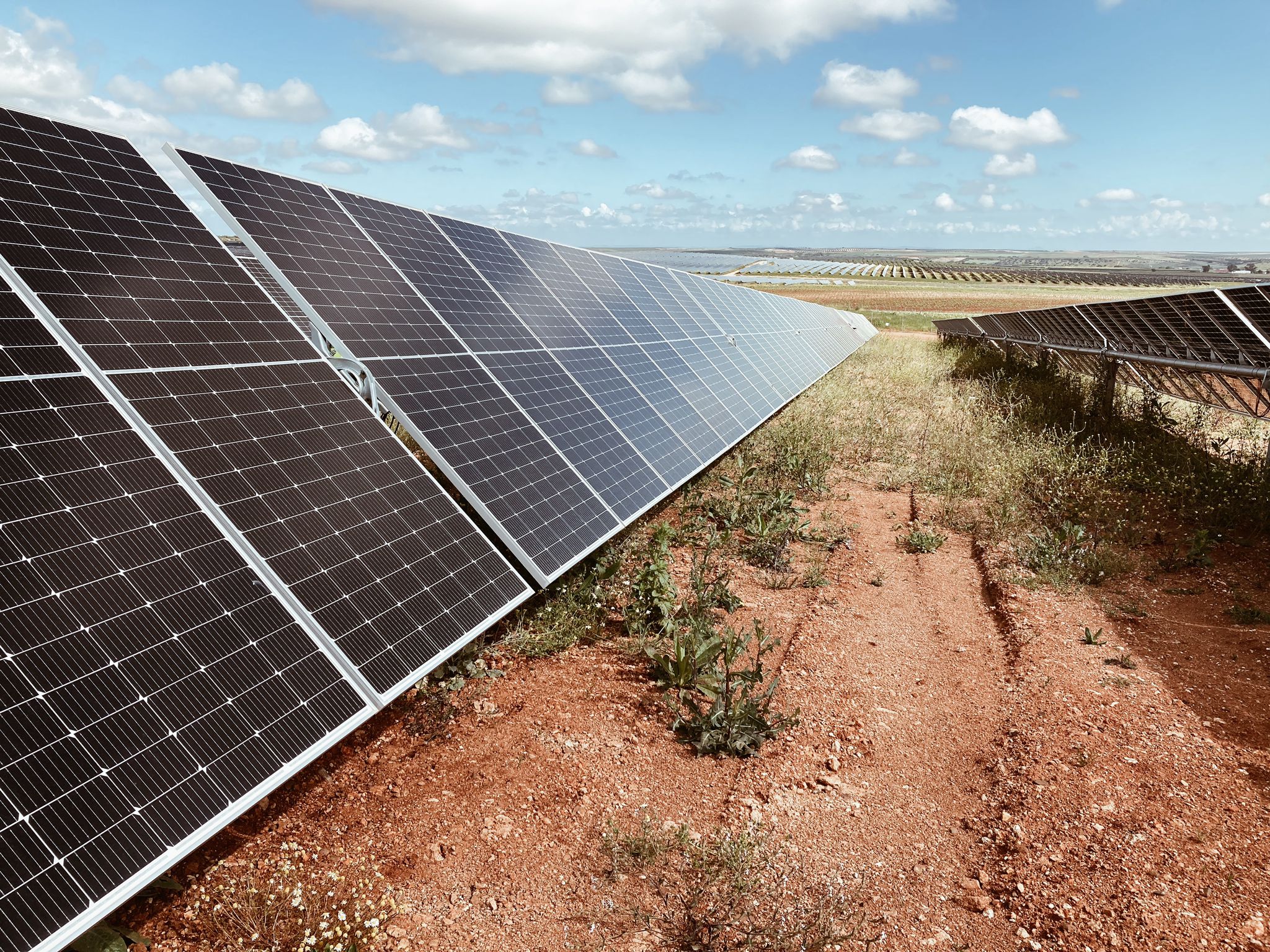