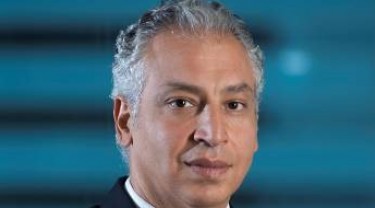 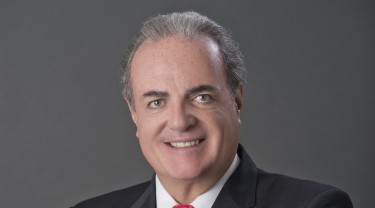 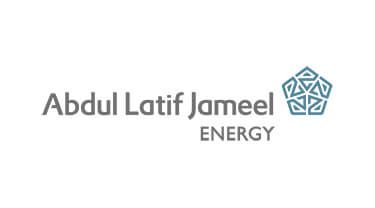 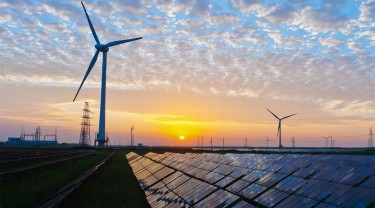 Mouhannad Makhlouf is Senior Director of Environmental Services at Abdul Latif Jameel Energy. He has held this post since September 2014 and is based out of Abdul Latif Jameel's international headquarters in Dubai, UAE.

Mr. Makhlouf oversees the Environmental Services division, where he evaluates market opportunities, manages a pipeline of prospects and works with potential partners and clients to devise optimal engagement strategies and market entry opportunities. As part of his role, he is responsible for identifying new revenue-generating business opportunities that enhance Abdul Latif Jameel’s diversification initiatives within the renewable energy and environmental services sectors.

Prior to joining Abdul Latif Jameel Energy, Mr. Makhlouf was Project Developer at ACWA Power, a water and power projects operator. He previously held the position of Director of Corporate Development at the Olayan Group where he led the group’s diversification strategy into multiple new business segments.

He began his career in the telecom and high-tech industry in the U.S. in 1995, where he concluded major wireless carrier network deployments. In early 2009, he moved to the Middle East.

Roberto de Diego Arozamena is the Chief Executive Officer of Abdul Latif Jameel Energy, a position he has held since September 2012. Based in Dubai, UAE, he also serves as Abdul Latif Jameel’s Special Projects Officer.

In his role as Special Projects Officer, Mr. de Diego Arozamena supports Abdul Latif Jameel’s diversification into new business activities, leveraging his broad business background as a senior executive working across diverse sectors and international markets. He has more than 30 years of high-level corporate management and business development experience, during which he has taken an active role in delivering international best practice, multinational workforce management, and helping raise standards of corporate governance.

Mr. de Diego Arozamena has considerable expertise in the international renewable energy sector, having established an advisory services company focused on renewable energy, prior to which he held the position of President of Europe, Middle East and Africa at Solfocus, a solar technology developer and manufacturer of solar energy systems.

He previously held several leadership positions across a number of telecommunications and technology companies, including British Telecom as President of BT Europe, a €6.4 bn international business, and CEO of Jazztel Group, a publicly listed company.

A Spanish National, Mr. de Diego Arozamena holds an MBA from the Universidad Politécnica de Madrid and a Bachelor of Science in Electrical Engineering degree from the University of Southern California.

Abdul Latif Jameel Energy brings a depth of knowledge, operational excellence, and strong financial capability to the domains of sustainable energy creation, alternative resources management and energy efficiency. Specifically, Abdul Latif Jameel recognizes that water security is one of the most pressing issues in the world today, and recently announced Almar Water Solutions as an expansion of our service offering.

It seeks to form strategic partnerships in the renewable energy space to further develop opportunities in the areas of wind energy, waste-to-energy, waste management, desalination and water services, and oil recovery and cleaning services. It also actively collaborates with energy experts and organizations, and works in alignment with progressive government initiatives, to deliver on the significant opportunities in power production and conservation that exist around the world.

In line with the guiding principles of Abdul Latif Jameel, Abdul Latif Jameel Energy strives for local job creation and vocational training in the countries where it establishes operations, with the intent of building local capacity and a lasting legacy of capable energy sector expertise. For example, Abdul Latif Jameel runs a university scholarship program called Young Talented Leaders which supports eligible students with training and education costs, including tuition fees.