Research shows that new companies fail at a startlingly high rate, with 75 percent of venture-backed startups doomed to crash and burn, according to research by Shikhar Ghosh of the Harvard Business School. In fact, according to statistics for 2020 compiled by Review 42, the failure rate for all new startups – not just those backed by VC funding – is closer to 90 percent.

If these percentages aren’t devastating enough, the COVID-19 pandemic has made market conditions even more hazardous for the growing number of startups navigating these uncertain times.

Yet the hazards of the pandemic didn’t slow the startup boom – data from the US Census Bureau reported by the Peterson Institute for International Economics show that business startups grew from 3.5 million in 2019 to 4.4 million in 2020, an increase of 24 percent. If there is a single primary reason that new companies fail, it’s because the product they are developing doesn’t fit the needs of the market. In other words, there is a mismatch between what they offer and what people need. The lean startup movement aims to eliminate this problem, by helping companies develop and refine products based on customer feedback before building out a final product and bringing it to launch. Along the way, the Lean Startup process conserves resources, limits costs, and sets the company up for scalable growth when the product takes off.

“Judging the market for a new product or service has always been challenging, and after all the changes of the past year and a half, it’s harder than ever” says Seif Shieshakly, Co-Founder and Managing Partner of Four Principles. “New companies want to take the guesswork out of a launch and that’s what Lean Startup is all about.”

The Origins of Lean Startup

Lean Startup didn’t come out of nowhere, but is the application of proven Lean methods and principles to guide the establishment of a brand new business. One of those credited as a primary founder of the Lean Startup movement is Silicon Valley entrepreneur Steve Blank, whose work over several years was summarized in a 2013 article in the Harvard Business Review, Why the Lean Startup Changes Everything, is still a cornerstone of the conversation.

Blank’s apprentice, Eric Ries, further codified the ideas and methods of Lean Startup in his 2021 book The Lean Startup: How Today’s Entrepreneurs Use Continuous Innovation to Create Radically Successful Businesses.

What is Lean Startup?

In the traditional model for starting a new business, the founders begin with a 5-year business plan, which they use to raise money, often in the form of venture capital. If there’s interest and funding comes through, the team begins work on the launch, usually in “stealth” mode to prevent potential competitors from catching on. The problem with this is, that the company has limited opportunities for running the concept by its potential consumers, or getting feedback during the build-out period.

Lean Startups, by contrast, follow a series of steps to test, build, measure, and learn as they go. The creation of the business model is a work in progress as the team revises and discards hypotheses, soliciting consumer feedback along the way. As the concept moves into production, the company rapidly iterates on and reengineers the product, fine-tuning it according to what the market wants. Following this trial-and-error process makes it much more likely that the company will create a product that people are willing to pay for.

“Instead of executing a pre-thought business model, lean startups search for one – that is the distinction at the heart of the Lean Startup approach,” says Mehdi Chelhi, Principal at Four Principles. “Founders need to realize that what they have is an untested hypothesis which you use to shape a business model that’s scalable.”

In addition to rapid processes, Lean Startup is also about organizational structure, requiring that those involved in the product build have the autonomy to make major decisions, including those to pivot.

Think of Lean Startup methodology as a scientific process of trial and error, following a system of principles and steps. Key concepts include the idea that entrepreneurs are everywhere, both in small new companies and in big established enterprises, and that success is best achieved by eliminating uncertainty and by working smarter, not harder.

Also known as “get outside the building,” this key concept of Lean Startup methodology says that ideas don’t come from the silo of the conference room, but from the problems and needs of the consumer, waiting to be solved.

Lean startups solicit information from potential buyers, users, and partners for feedback on all elements of the business model, such as product features and pricing. But this solicitation process goes beyond the product itself, analyzing potential distribution channels, sales techniques, and marketing opportunities.

The validated learning method of product development follows these steps:

Removing most of the hypothetical element of early research from the equation, MVPs assess product-market fit with real-time learning from actual customers, making real financial decisions.

Unlike traditional startups, which base business plans on research and projections, Lean startups are founded on proof of concept, meaning that extensive testing is required to prove that an idea is likely to succeed.

The MVP is a key element in this process, used to immediately elicit customer feedback and revise assumptions.  Then the build-measure-learn cycle continues, asking more questions and redesigning via a series of small adjustments, or iterations. Bigger innovations, or pivots, occur when customer input suggests a concept isn’t working and a greater rethinking is needed. The end result is that the market dictated the product rather than the other way around.

One way to explain the Lean Startup approach to business plan development is the Lean Canvas, in which business units are regarded as a series of hypotheses to be tested according to the build-measure-learn cycle. This testing is both qualitative, utilizing customer interviews and input, and quantitatively, using measures to assess costs and benefits and prevent waste.

The metrics used to assess success are different too. While traditional businesses use financial reporting metrics such as balance sheets and cash flow, Lean Startups take into account the cost of customer acquisition, the lifetime value of a customer, and turnover rate in assessing a product’s potential.

Lean Startups aren’t necessarily small companies.  One of the best examples of Lean Startup innovation comes from General Electric, the 33rd largest company in the U.S. by gross revenue, developed a customer-centric program called Fastworks that has spurred a large number of new product launches, such as developing new cell phone batteries for use in areas with unreliable electricity. Tax preparation giant Intuit used Lean Startup processes to innovate new methods of customer support as well as a new version of QuickBooks for the self-employed.

Dropbox is often cited as a Lean Startup success story, having started out as a three-minute screencast showing consumers how the service worked. Not only did the video capture an initial audience, but comments on the video allowed Dropbox to collect feedback which the company used to shape product development. In 15 months, Dropbox went from 100,000 registered users to over 4 million.

Amazon followed Lean Startup principles from the very beginning, addressing the consumer’s need for an electronic book-storage device with the Kindle e-reader.  More recently, Amazon solved the need for elastic data storage with its cloud computing business, which enables companies to purchase only the server space they need at a given time.

How are Lean Startups Different?

When Wilbur Labs surveyed business leaders on why startups fail and asked founders for their wisdom, the top two pieces of advice given were 1) Learn from mistakes that will be made and 2) listen to your customers.

And it is in exactly these two ways that Lean Startups are different from traditionally run companies, with more capacity to learn from mistakes and to solicit and incorporate customer feedback. And not just mistakes, but failure; in Lean Startup, failure is a good thing. Companies want to fail quickly and productively, learning what works and what doesn’t so they can move on to the next option.

The reason for this is that failure is seen as a natural consequence of risk-taking. Fail fast and fail cheap, the thinking goes, and companies are less likely to go bankrupt by attaching to the wrong idea. If an organization avoids failure at all costs, it’s almost a guarantee that their process is too conservative.

Along with this, goes the idea of knowing when to cut your losses rather than throwing good money (or time, or resources) after bad ideas. No matter how much effort, money or both a company has put into test-driving a business plan, if the response shows that the market isn’t interested, it’s back to the drawing board.

“With Lean Startup methodology, you can’t get too attached to your initial approach, no matter how hard you’ve worked on it,” says James Ryan, Principal at Four Principles. “If you truly want to innovate, you have to leave your ego at the door and be open to new ideas, including those that come from outside.”

The DaaS approach helps companies establish an environment in which to launch and iterate new products and services with a focus on real delivery and immediate generation of market traction. The primary goal is to reach the product-market-fit at the lowest cost- and time-invest possible and enable dedicated venture building around it.

“The core principles of Lean Startup incorporated in DaaS are more applicable today than ever,” says Patrick Wiebusch, Co-Founder and Managing Partner at Four Principles. “Even the most established and successful companies and businesses need to be able to launch and iterate new products and services with the agility and speed of a startup, or be left behind. Today it is either disrupt or be disrupted.” 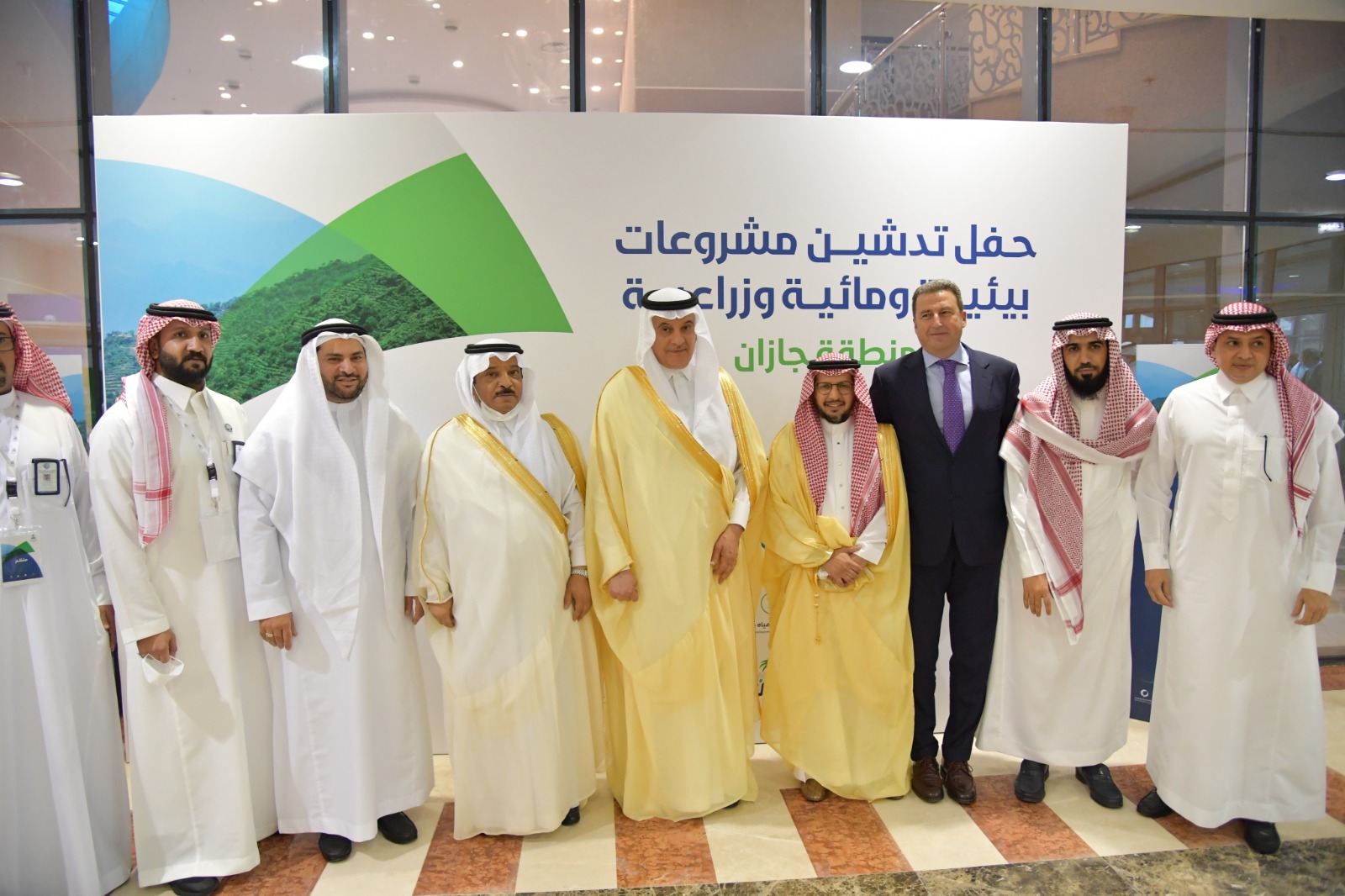 JIMCO Technology Fund confirmed its participation with an investment in General Fusion, as it announced the closing of Series E financing round of US$ 130 million.  ...

JIMCO Technology Fund has announced its major investment in the US$ 1.8 billion Series B funding round for Commonwealth Fusion Systems, to commercialize fusion energy ...