With the clock ticking towards the March 16th start of Saudi Arabia’s Rally Jameel, the Middle East’s first-ever women-only navigational rally, it has been announced that the historic motorsport event will be held under the patronage of Her Royal Highness Princess Reema bint Bandar bin Sultan bin Abdulaziz Al Saud, Ambassador to the United States.

The addition of the backing of Her Royal Highness is in keeping with the country’s Vision 2030, which aims to empower women across Saudi Arabia in all areas of society, including the field of sport. The rally is sanctioned by the Saudi Automobile and Motorcycle Federation (SAMF) and  enjoys the support of the FIA Women in Motorsport Committee (WIMC). 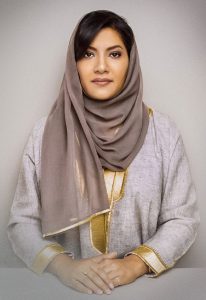 Her Royal Highness has a background in promoting Saudi Arabian sporting initiatives, having previously worked as Vice President of Women’s Affairs at the Saudi General Sports Authority. In that role she developed policies and programs that benefited women and children throughout the Kingdom.

This led to Her Royal Highness being promoted to Deputy of Development and Planning, as well as being appointed as President of the Mass Participation Federation, making her the first woman to lead a multi-sports federation in the Kingdom, a role that she occupied until her appointment as Saudi Ambassador to the United States.

“It is an honor to be involved with this first-of-its-kind rally, which will shine a light on the positive steps being taken across Saudi Arabia to empower women to pursue their passions in their everyday lives. It is also fantastic to see this opportunity being made accessible to women, not only across the country but the region and globally. I am confident that all participants will enjoy a truly unique experience, enjoying our wonderful country’s hospitality and beautiful scenery.”

“We are honored to have the endorsement of Her Royal Highness Princess Reema bint Bandar bin Sultan bin Abdulaziz Al Saud and her support for the rally,” said Hassan Jameel, Deputy President and Vice Chairman, Abdul Latif Jameel.

“The patronage of Her Royal Highness demonstrates the progressive nature of Kingdom and its views on women’s empowerment in line with the transformative Vision 2030 framework. Undoubtedly, we believe that all sports will benefit from higher levels of interest from the region’s trailblazing women like Her Royal Highness.”

Up to 30 teams of female drivers and navigators from Saudi Arabia, the GCC and across the globe will be taking part in the rally, which will take place from 16th to 19th March. The start will be in the north-central city of Hail, passing through Al-Qassim city and then heading to the capital, Riyadh, via hidden checkpoints and challenges. Further details of the rally schedule will be announced on International Women’s Day on March 8th, while interested participants are able to submit their entry via the Rally Jameel website until March 1st.

Rally Jameel is initiated by Abdul Latif Jameel Motors (Toyota) which has been actively involved since the beginning to deliver a truly unique and historic motorsport event, reinforcing Saudi Arabia’s place on the global motorsport map. The navigational women-only rally organized by Bakhashab Motorsports, is also the first-of-its-kind as it follows the Kingdom’s hosting of the Dakar Rally last January.