The potential for renewable energy across the Latin American region is clear, with its sunny climate and favorable wind conditions making it an ideal location for solar and wind energy projects.

Mexico, in particular, is highlighted as one of the countries with the best solar resources in the world[1].  The International Renewable Energy Agency also recognizes Mexico’s potential[2].  It says:  “Mexico has a large and diverse renewable energy resource base.  Given the right mix of policies, Mexico has the potential to attract large-scale investment in renewables that can help diversify its energy supply.  Increased renewable energy use would also set Mexico on a pathway toward significantly reducing its greenhouse gas emissions.” 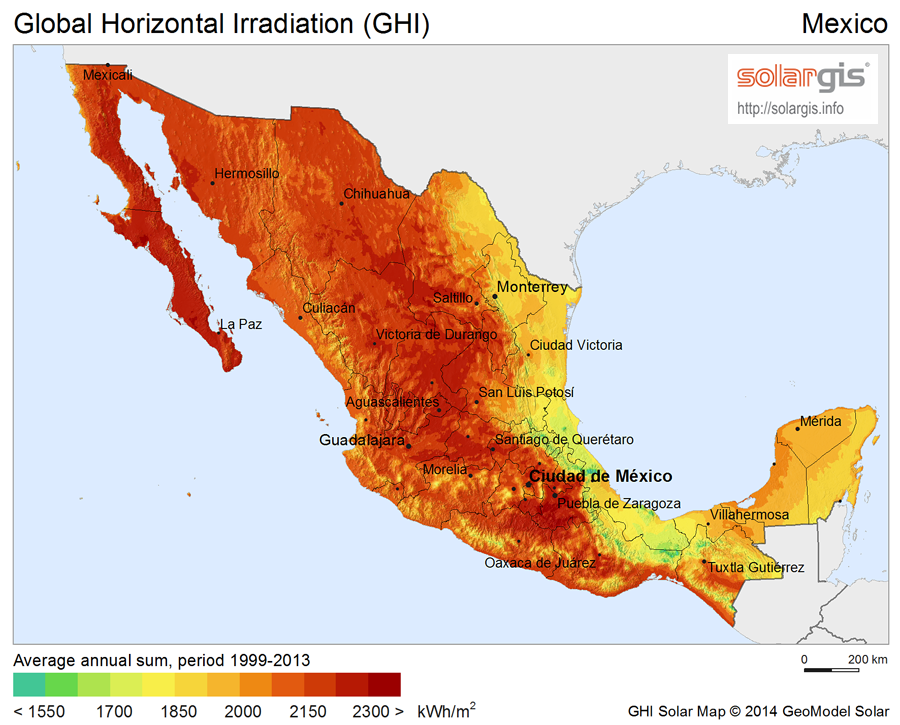 Since 2015, three long-term auctions have seen around 5GW of solar generation capacity awarded across Mexico[3].  Abdul Latif Jameel Energy, through its Fotowatio Renewable Ventures (FRV), is also making a significant impact through the development of its first two solar photovoltaic developments in the country. FRV’s Potosi solar plant, in San Luis de Potosi, began operations earlier this year.  It will generate 815,000 MWh annually and provide enough energy to supply more than 76,000 homes.  It will reduce Mexico’s CO2 emissions by almost 98 million tons per year.  FRV’s second plant, the Potrero PV plant in Jalisco, will generate 750,000 MWh per year when it is completed in 2020.  It will supply 128,000 homes and reduce CO2 emissions by some 437,000 tons.

Both these projects have been accompanied by pioneering social development programs initiated by FRV.

Fernando Salinas Loring, Managing Director of FRV (Mexico and Central America), spoke to Abdul Latif Jameel Insights to discuss the Mexican energy market, progress on FRV’s latest installations, and his plans for the future as he bids to help lead the transformation of Mexico into a clean energy leader.

How do you assess the current situation and potential of the Mexican energy industry?

We had a change of government in December 2018, and with it came a change of many policies as well.  The new government has confirmed that the renewable energy target of 35% by 2024, remains in place – which is very important.  However, it is reviewing the way the prior government was promoting renewables and is reassessing the whole area, looking to promote renewables in another way.

The most important thing is that as of today, 24% of our energy is provided by clean energy.  We need to get to 35% in the next five years (2024), but how it will be achieved isn’t clear yet.  This provides big opportunities for companies such as FRV. Is 35% renewable energy by 2024, a realistic target?  Is it a target the industry can get behind?

Yes.  The government has reconfirmed the policy, and developments like our Potrero project are helping to drive forward the industry’s performance.  Potrero is very innovative in that it is structured on a non-contractual basis, which means we don’t have a contract with the government to sell the energy.  Instead, we will have the option sell the energy to either private parties or government entities.  This kind of private investment and innovation will be crucial if we are going to have a realistic chance of achieving the 35% target.  It’s not going to be easy, but it can be done.

What’s the overall mix between wind and solar within the renewables sector in Mexico?

Right now, there’s a bigger proportion of wind (12.4 GW) than solar (2.2 GW).  Solar has been growing faster over the last year, but wind technology arrived here about six years ago.  It’s been here longer, so there is more of it.  But solar is now beginning to catch up.

Is there widespread public recognition of the need for renewables?

Absolutely.  The sentiment we’re seeing, not just in Mexico but also across the wider region, is concern about climate change.  An overarching majority of the population sees climate change as a major issue.  People are also thinking about the wellbeing of our communities and cities.  Mobility, and particularly electric vehicles, are creeping up the agenda, so the distribution of solar energy will also be key.  People understand that it’s becoming increasingly important to think about how we produce and consume energy on a day-to-day basis.  Renewable energy is a huge factor within all these considerations. 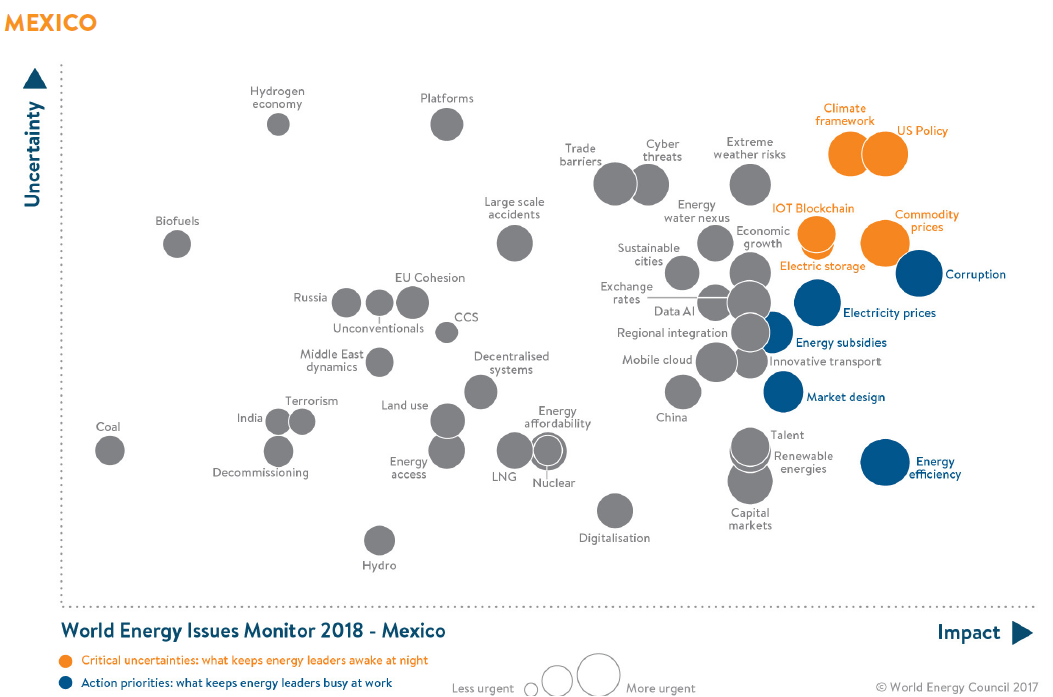 How are the projects in San Potosi and Potrero progressing?

Both projects are on track and performing well.  The Potosi solar (342 MWdc) planet began operations on May 11, 2019.  It is currently working at full capacity and successfully generating energy for the Mexican electricity market.  This has been a very important project for us.  It’s our first in Mexico, and it’s been a great investment.

On the Potrero plant (296 MWdc), we reached financial close on March 8, 2019.  We started construction in early May 2019 and we are aiming to have the plant in operation by early July 2020, after just 14 or 15 months of construction work.

With these two projects, we’ve installed a total of 640MW of capacity in a Mexican market currently holding around 73,000 MW.  We started operations here four years ago and now represent 0.8% of installed capacity in the market, so we have grown to become a relevant player in a very short period of time.

Could the government introduce any initiatives to help move renewables forward even further?

The most important thing, not just for Mexico but for every country, is that we need policies that reassure and encourage shareholders and investors.  There needs to be a stable environment in which investments make sense.  Beyond that, there are many ways to incentivize the renewables sector.  But first and foremost, you need a stable environment and long-term government policies that are not up for re-approval every time there is a change of government.  This creates confidence that you can bank your assets for the long term.

Beyond energy production at the Potosi and Potrero plants, FRV has also been active in delivering social benefits to local communities.  Can you tell us more about this?

Yes, this is a very important area for us.  Typically, solar plants are located in remote rural areas, where local communities struggle with under-investment in facilities and infrastructure, like schools, healthcare and community facilities.  We believe in giving something back to these communities by helping to address these kinds of issues.

In Potosi, for example, we built a fence around the cemetery, we built a baseball area with spectator seats, and we have been painting and providing materials for the school, including repairing windows, doors and the communal eating area.  This is very important, because the school didn’t have functioning windows and doors, so in winter children were not attending because it was simply too cold.  We’ve also been holding some workshops for entrepreneurial women and we have helped some of them in starting their own local initiatives.

In Potrero, we have just started our social program.  We’re doing some work with the school there, too, taking the students to see the plant and giving them so know-how about its operations.  We’re also putting together a medical center that operates 12 hours a day.  This means there is a doctor every day for the community, and we also provide the materials for the antibiotics and other medical needs.  There is lots more to come in the near future. 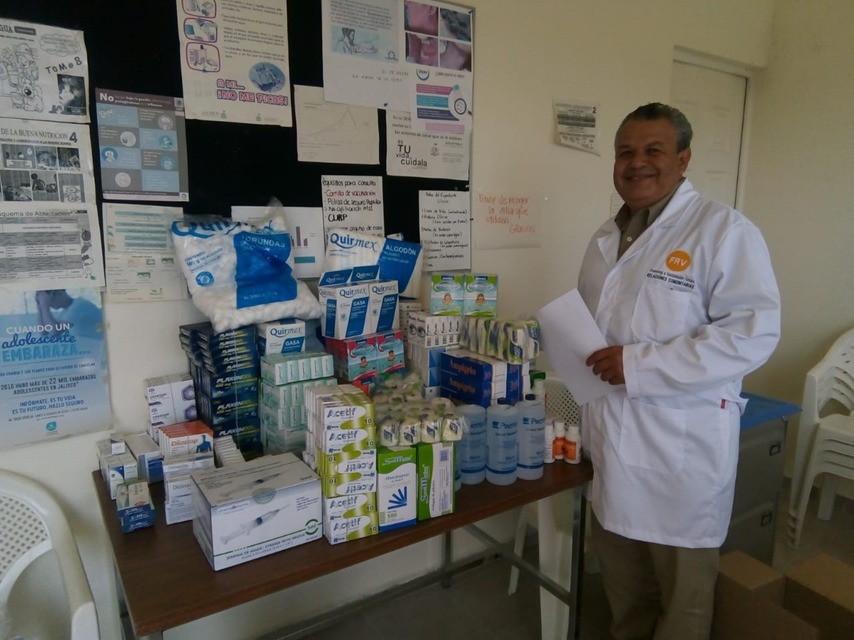 We have 10-20 initiatives like this that we’re working on, and our plan is to dedicate US$ 50,000 per year to our community actions.  It might not sound like a big number, but it’s huge for these communities.  With an investment of that size, we can do many, many things.  We are not the government: we cannot do everything.  But I think we can assume some responsibility and help them to develop themselves.

What has been the reaction from these communities?

It has been very positive.  The communities have been very appreciative for the support and investment we’ve provided.  From their perspective, it is very unjust if they see a world-class solar facility being developed on their doorstep, but their school has no doors or windows.  And it makes no sense for us, as we depend on the support of these local communities, too.  We are proud to be making a contribution to improving their lives and their opportunities.

What are FRV’s hopes and ambitions over the next five to 10 years?

We have a progression plan in place.  We want to keep developing assets and secure our place as one of the market leaders in Mexico’s renewable energy sector.  It is an aggressive growth plan.

Energy demand is growing 3% each year in Mexico and some regions already have difficulty meeting the demand for energy.  The country will need to combine renewable energy and conventional energy in order to avoid potential problems in future.  But Mexico is a huge country – there are 130 million people here – and if you look at the big picture, it’s clear there will certainly be lots of opportunities.  We are looking forward to staying here, taking advantage of those opportunities and helping to deliver a cleaner energy mix for Mexico’s future.