A war on waste and a spray that stays: J-WAFS cultivates innovation to address pressing food and agriculture problems

A coating that reduces food waste by increasing the shelf life of produce, and a spray that reduces pollution caused by pesticide run-off, are among two of the latest innovations to win recognition from the Abdul Latif Jameel World Water and Food Security Lab (J-WAFS), in the Massachusetts Institute of Technology’s (MIT) second annual Rabobank-MIT Food and Agribusiness Innovation Prize.

Picking up first and second prizes respectively in the competition, supported by J-WAFS and sponsored by Rabobank, the two projects are the latest demonstration of J-WAFS’ commitment to helping to address some of the globe’s most pressing problems – problems that are expected to get even more severe over the coming decades, as the world’s struggles to support an ever-growing population.

By 2030, the United Nations predicts the global population will reach 8.5 billion, up from 7.3 billion in just 15 years from 2015, with a further 1.2 billion increase expected by 2050[1].  To cope with the additional pressure on resources created by this unprecedented population increase, World Bank’s data[2] suggests that at least 70% more food production will be needed by 2050.

As well as increasing food production, more attention is also being given to reducing the amount of food that is wasted.

The Food and Agriculture Organization of the United Nations (FAO) estimates that, each year, one-third of all food produced for human consumption in the world (around 1.3 billion tons) is lost or wasted.  This includes 45% of all fruit and vegetables, 35% of fish and seafood, 30% of cereals, 20% of dairy products, and 20% of meat[3].

Although waste is highest in Europe and North America, it is also a significant and growing problem in the Middle East.  Over 10 million tons of food is mobilized within the UAE each year, for example, including imports and local production.  It is estimated that 3.27 million tons of this is wasted.[4]

During Ramadan in particular, food wastage is up to 25% higher than at other times.  For example, in Bahrain, food waste exceeds 400 tons per day during the holy month, and in Qatar almost half of the food prepared during Ramadan finds its way into waste bins, although many government and NPO initiatives are in place across the region to tackle this and redistribute food to poorer communities.

Food loss and waste has a significant impact on the environment.  The global carbon footprint of wasted food is estimated at 3.3 gigatonnes.[5]  In fact, if food waste were a country, it would rank behind only the United States and China for greenhouse gas emissions.

Against this background, the Rabobank-MIT Food and Agribusiness Innovation Prize saw seven finalists from MIT and other universities pitch their proposals to a panel of judges for a chance to win prizes totaling US$ 25,000.

Opening this year’s awards ceremony, J-WAFS Director John H. Lienhard V, the Abdul Latif Jameel Professor of Water and Food at MIT, said the competition represents a major goal of J-WAFS: nurturing food and agribusiness start-ups.  This is especially important with the global population increasing at an unprecedented rate.  Linehard said: “We firmly believe the solution to many of these problems really is to create entities that will go out on their own, as businesses, and propagate new and good ideas.”

The winner of the US$ 12,000 first prize was a team from MIT-Tufts University called Cambridge Crops, which is developing a silk-based coating that extends the shelf life of fruits and vegetables by up to 50%.

The coating is 99% water and 1% silk fibroin – a protein similar to that found in the gland of a caterpillar.  When the coating is applied to crops, the water evaporates, leaving a flavorless, edible silk film.  This film reduces cell respiration and water evaporation, which can drastically slow ripening and spoiling of produce.

The technology is based on research at Tufts University by Benedetto Marelli, now the Paul M. Cook Career Development Assistant Professor in MIT’s Department of Civil and Environmental Engineering.  The research shows that the coating can extend by 50% the shelf-life of strawberries, which generally have a shelf-life of fewer than 10 days.  “We have technology that can dramatically reduce waste at every step of the value chain, for producers, distributors, and consumers,” said Jacques-Henry Grislain, a member of the Cambridge Crops team.

The prize money will help fund the team’s ongoing experiments that aim to ensure the coating is commercially viable.  “We want to make sure we have the best and most efficient solution on the market,” said Grislain. 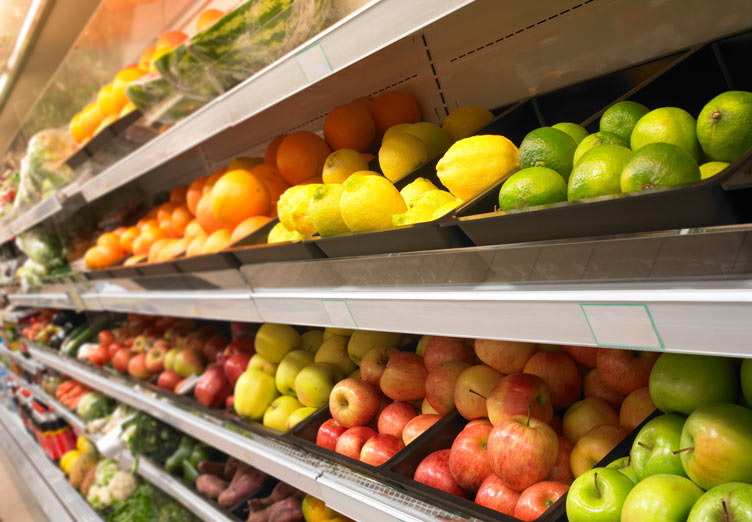 Winning the competition’s second prize of US$ 8,000 was Ecospray, which is developing a spray that helps farmers drastically cut pesticide usage, lowering costs and reducing pollution.

An estimated 600 million people – almost 1 in 10 people in the world – fall ill after eating chemically-contaminated food and 420,000 die every year, resulting in the loss of 33 million healthy life years, according to the World Health Organization[6].

As with other regions of the world, the use of pesticides in the Middle East and North Africa has increased significantly in recent decades, as population levels have soared and the demand for food increased.  So, too, have concerns over the impact of pesticides on pollution and health.  Indeed, in 2017 both Saudi Arabia and the UAE banned the import of some fruits from Egypt due to concerns over pesticide residues on the fruit.

Maher Damak, a graduate student in mechanical engineering and a member of the Ecospray team, explained that farmers spend roughly US$ 100 billion on pesticides annually, yet only about 2% of pesticides sprayed on plants actually stick.  The rest bounces off and flows into streams and rivers, causing pollution.  About 200,000 people worldwide die from pesticide poisoning annually, according to recent reports from the United Nations.[7]

As plants are naturally hydrophobic (water-repelling), liquid pesticide droplets tend to bounce off the surface.  Over the past four years, Damak and the Ecospray team, including MIT associate professor of mechanical engineering Kripa Varanasi, have developed a spray that applies two different additives to a pesticide.  One additive produces a negatively charged droplet; the other, a positively charge droplet. When the two combine on a plant, they form hydrophilic (water-attracting) bumps that catch the droplets.  This retains 10 times more liquid, meaning only one-tenth the amount of pesticide needs to be used to have the same effect.  “Our mission is to eliminate all pesticide waste, while saving growers tens of billions of dollars per year,” Damak said.

The third-place prize of US$ 5,000 was awarded to WISRAN, innovative software that improves profits for farmers by analyzing, in real-time, the time, cost, and effectiveness of farming activities.

In total, 28 teams made submissions for the competition, from which the judges selected seven finalists.  These were then paired with mentors to help develop their business plans and pitches, before the winning three submissions were chosen.

Samantha Fahrbach, president of the MIT Food and Agriculture Club which helped to organize the competition, said: “It’s about bringing ideas to a place where they can get off the ground, and solidifying MIT as a place where food and agriculture innovation happens.”