Where the wind blows: Building a cleaner future with wind energy

The growth of electric vehicles, the rise of new technologies and dramatically increasing urban development mean that demand for electricity is facing unprecedented strain.  So how will the global energy mix adapt to new pressures over the coming decades?

Global electricity consumption is set to double by 2050, with renewables predicted to take up the majority of the load – accounting for more than 50% of electricity generation[1] by 2035.

Solar photovoltaic (or PV) energy generation often attracts the majority of media attention in the discussion of renewable energy, particularly as most consumers are becoming more and more familiar with the use of solar panels in a domestic context.  Yet wind power is playing an increasingly important role.  At the end of 2018, global installed wind capacity stood at 591 GW – up 9.6% compared to the end of 2017[2].

More than 50 GW of new wind capacity has been installed each year since 2014, according to research from the Global Wind Energy Council (GWEC), with developing regions – such as Latin America, South-East Asia and Africa – acknowledging the value of wind power by delivering 10% of new onshore installations in 2018[3].  For the next four years, until 2023, new installations are set to reach a minimum threshold of 55 GW per year[4].

This activity is inevitably having an economic impact.  Investment in global wind energy grew by US$ 107 billion in 2017, according to the United Nations[5].  By 2030, it is anticipated that 320 GW of wind energy capacity will be installed across the European Union (254 GW onshore, 66 GW offshore), generating almost 25% of the EU’s electricity demand[6].  Wind generation figures similar to those would see € 239 billion invested across Europe over the next decade, with the wind industry providing employment for 569,000 people across the continent[7]

According to McKinsey, “many countries will reach a tipping point in the coming five years, where new-build … wind capacity is cost-competitive with the fuel cost of existing conventional plants”.  These developments are already starting to bear fruit in Africa and the Middle East, where there is now 5.7 GW of installed wind capacity and expectations that that figure will more than double by 2023[8].  Almost 17% of that 5.7 GW (962 MW) was installed onshore in 2018, with Egypt (380 MW), Kenya (310 MW) and Morocco (120 MW) leading the way. Saudi Arabia’s first onshore wind farm is a key part of the country’s National Renewable Energy Program, which Abdul Latif Jameel Energy actively supports.  The US$ 500 million Dumat Al Jandal project was awarded by the Renewable Energy Project Development Office (REPDO) at an LCOE of US$ 2.13 per kWh.  It is expected to create almost 1,000 jobs and power 70,000 homes[9].

Looking to the future in Latin America

Similar movements are happening around the world – especially Latin America.  In Chile, Fotowatio Renewable Ventures (FRV) is developing its first hybrid solar-wind project, combining photovoltaic and wind technologies at a site that will power almost 224,000 homes and cut greenhouse gas emissions by more than 221,000 tons of carbon dioxide.  It is also active in Colombia, Peru and Uruguay, and has been assessing opportunities in Argentina.

FRV’s South American projects reflect the fact that Latin American wind installations grew by 18.7% in 2018, with Brazil adding 2 GW of capacity amid prices falling to just US$ 22 per MWh.  Mexico also installed almost 1 GW in 2018, and expects to have more than a third of its power coming from renewable sources by 2024[10].

Andrea Fontana, Managing Director of FRV’s Wind Energy division, said: “Solar and wind technologies have many similarities and a high degree of maturity, which is allowing us to lead the transition to clean energy throughout the world.  At FRV, we understand wind power as the natural progression of our consolidated experience in the solar energy sector, and we will continue to bet on it.”

There are several other wind energy developments blowing through Latin America.  In Colombia, the first auction of long-term renewable energy PPAs was held in early 2019, with GWEC predicting that wind power could account for 20% of the country’s power by 2029[11].  Ben Backwell said: “The development of the wind market in Latin America is very positive[12].”

Advances across the Asia-Pacific

Installed onshore wind capacity also jumped in the Asia-Pacific region, growing by 4.2% in 2018.  Described by GWEC as “the leading growth market for the global wind industry”, Asia-Pacific is expected to see total onshore installations reach 400 GW by 2023[13].

“We will build 50 or more units of similar small-scale wind turbines, and from 2019 some much larger capacity units,” said Shigeki Enami, President and CEO of Abdul Latif Jameel General Trading Japan.

Through the ongoing and determined efforts of Abdul Latif Jameel Energy, and its subsidiary Fotowatio Renewable Ventures, we are proud to be at the forefront of the clean energy revolution – both wind and solar photovoltaic – around the world. 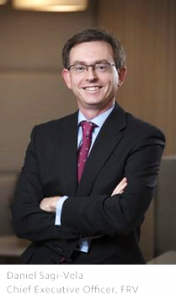 Daniel Sagi-Vela, CEO of FRV, said: “We are deeply committed to and excited by the possibilities of wind energy as a driver of jobs, investment and, of course, the clean energy needed to guarantee the next generation’s health and prosperity.  By working on projects around the world and transferring world-class skills and knowledge to Saudi Arabia, we can help to build the brighter future outlined in Vision 2030.”