Thousands of women across Saudi Arabia will this month pick up their driving licenses for the very first time, in a story that has grabbed headlines around the world.

While there is no doubt that allowing women to drive is a significant milestone, to those more familiar with modern Saudi Arabia, it is only one of many key and exciting developments that are transforming the country’s society.

With Saudi Arabia remodeling its economy away from a dependence on traditional hydrocarbon-based industries, enabling women to become more active participants in the country’s development is an important catalyst of change. Traditional social boundaries are evolving in line with the belief that a more inclusive attitude will benefit overall economic progress.

A determination to strengthen the contribution of women to society and to the economy is a core theme of Vision 2030, the country’s national development strategy, which states:

“Saudi women are yet another great asset.  With over 50 percent of our university graduates being female, we will continue to develop their talents, invest in their productive capabilities and enable them to strengthen their future and contribute to the development of our society and economy.”

The public sector remains the biggest female employer, but women also account for 30% of the total Saudi work force in the private sector, up from just 12% in 2011.  Two of the biggest employers of women, the retail and the hospitality sectors, have also been the focus of major government Saudization and feminization campaigns aimed at encouraging more women to enter the workforce.

Women are not the only ones set to benefit from this transformation.  Allowing women to drive is predicted to have a sizable impact on Saudi Arabia’s economy as whole.  Some estimates put the value of the economic impact at US$ 90 billion by 2030.

It will certainly have a direct impact on the automotive industry.  The number of drivers on Saudi Arabia’s roads is expected to almost double, accompanied by an increased demand for ancillary products and services. 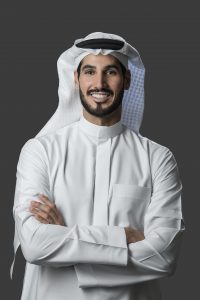 Hassan M. Jameel, Deputy President & Vice Chairman, of Abdul Latif Jameel Saudi Arabia commented: “Within our own business, positive steps have been taken to make Toyota showrooms are even more welcoming to women, and to ensure that our sales, marketing and service strategies consider both male and female attitudes and expectations.  This includes deploying almost 100 female front-line staff who have undergone 3-4 months training.  Abdul Latif Jameel Motors also initiated a scheme to provide over 500 cars to the vast majority of driving schools helping them respond to the expected increase in women wanting to learn to drive.”

Many other businesses across the diversified Saudi Arabian enterprise have also invested time and resources into helping the government achieve its ambitions around the contribution of women, in line with its wider ambitions for the country’s economic development.

Driving towards a brighter future

Saudi Arabia has already come a long way in enhancing the investment environment and ease of doing business.  We have a competitive tax environment; our corporate tax rate and VAT is considered among the lowest in the world. In most sectors, investors can own 100% of their business and are guaranteed full repatriation of capital, profits and dividends.

More than half of the 32 million population are under the age of 25, creating a strong consumer-led market driven by relatively high amounts of purchasing power.  In addition, the country enjoys a privileged geographic position at the center of three continents – Europe, Asia and Africa, with more than 30% of the world’s trade passing through the Red Sea.  Saudi Arabia also provides a base for investors to reach an even larger market of approximately 1.5 billion consumers in some of the world’s fastest growing markets.

It is this path towards modernization, liberalization and progress that millions of women drivers are now joining, helping to steer Saudi Arabia on its journey towards a bright and prosperous future.