Despite a period of relative turbulence in the GCC automotive market over the past two years, which saw new car sales decline across the board, one segment of the market showed promising signs of growth: hybrid electric vehicles.

The global demand in hybrid electric vehicles is expected to grow 16% every year between 2017 and 2022[1].  This growth is being powered both by changing attitudes, about the need to move away from traditional hydrocarbon fuels, along with an increasing regulatory focus to encourage the take-up of alternative fuel technologies, such as hybrid electric vehicles.

Hassan Jameel, Deputy President and Vice Chairman of Abdul Latif Jameel, says: “We fully expect the demand for hybrid electric vehicles to continue increasing across the MENAT region.  It is not only because they are more fuel efficient and therefore reduce costs, but also due to the desire of drivers to be more environmentally responsible.   Governments across the region are also helping to change attitudes with policies designed to increase the appeal of hybrid electric vehicles.”

Saudi Arabia’s government is among those who have been keenest to respond to the growing demand for cleaner vehicles.  In 2016, the country’s Corporate Average Fuel Economy (CAFE) standard was introduced, with the objective of improving the fuel economy average of light vehicles by 58%, from 12km per liter of fuel to 19km, by 2025[2]. 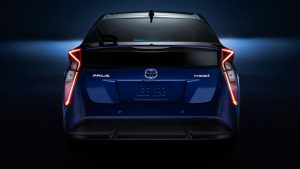 As befits the manufacturer of the world’s best-selling hybrid electric vehicle, Toyota itself has long been one of the brands at the forefront of the automotive market in the MENAT region.

Through its ongoing partnership with Abdul Latif Jameel, Toyota has had a successful presence in the region since 1955, leading the growth of the industry and driving many of the technological advances that have characterized the sector’s recent development. 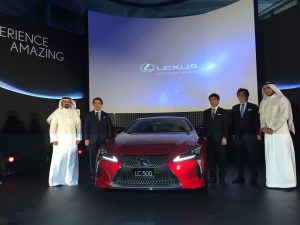 Opening Doors spoke to Takayuki Yoshitsugu, Chief Representative of the Middle East and North Africa Representative Office of Toyota Motor Corporation (TMC), about the economic potential of the region, the recipe for Toyota’s success, and his expectations for the future.

Q: Do you think the potential of the MENAT region has been overlooked, in comparison to the high-profile interest in markets like Brazil, Russia, India and China (the so-called ‘BRIC’ markets)?

A: ‘BRIC’ was like a catchphrase that grabbed people’s attention and garnered a lot of interest, but serious investors were not distracted by it.  There is no doubt the development potential of the MENAT region is yet to be fully realized.  However, I don’t think the region has been ignored for its growth potential.  The region is distinguished by its favorable geographic location, large population – especially the young generation – and an abundance of natural resources we are confident that the MENAT region has a very strong future.

Q: Are people becoming more aware of the potential of Saudi Arabia in particular?

A: Yes.  We expect investor interest in Saudi Arabia to grow steadily, especially after the announcement of Saudi Arabia Vision 2030 initiatives that are ambitious, passionate, and strong.  As well as forward-looking government modernization policies, one of the great strengths of Saudi Arabia is its very young population.  Its demographic is like a beautiful pyramid, with relatively few older people at the top and a much broader base of younger people towards the bottom.

Q: How would you characterize the automotive market in the MENAT region?

A: We see huge growth potential in the MENAT automotive market, mainly because of the large population (again especially the young generation), immense natural resources, economic growth, and the recent reforms in Saudi Arabia, such as permitting women to drive in 2018.  Security, safety, and political stability are the basic catalysts for growth.  Stable economic growth is also a key to growing the automotive potential.

There are some common features across the different markets in the region, such as the high priority consumers place on things like quality, durability and reliability – all core strengths for Toyota.  But there are also many differences, both on the regulatory side, such as the CAFE regulations in Saudi Arabia and, also, in terms of mobility needs, purchasing power and lifestyle, among others.  For example, many people in GCC prefer large off-road SUV, while for first-time buyers in other markets, smaller cars are increasingly popular.  Pick-ups, too, continue to play a vital role as an essential ‘workhorse’ for many companies and smaller businesses.

Q: How are consumer trends and preferences in the MENAT region different to other regions?

A; There is a widespread demand for all types of vehicles in the MENAT region, from passenger vehicles to SUV, luxury cars, and commercial vehicles.  This is predominantly driven by variety of demographics, culture, and the terrain in the region.  It could be said, the ratio of people who love the SUV seems to be higher than other regions.

Q: What is Toyota’s approach to meeting the diverse needs of consumers in different MENAT markets?

A: From its earliest days, TMC adopted a ‘Customer Satisfaction approach to deliver quality products that exceed customer expectations.  This philosophy defines the operating principles and approach of TMC and continues to drive our spirit today.  We are always eager to listen to our customers through our distributors and dealers, and we try to integrate their feedback into our product development to provide ever-better cars and services that meet their demands and needs.

Some manufacturers take a ”product out” approach in which introduction models are to be decided from manufacturing view point.  Our customer satisfaction approach takes the opposite approach.  We focus on the customer and what kind of car they need year by year, country by country, area by area.  We put the voice of the customer first to know how best to meet their needs.

Our distributors and dealers play an important role in this.  Market conditions, regulations, and customer needs are different country to country.  TMC is always hearing from our distributors about the trends and preferences they are seeing locally.  It’s about making sure we hear the voice of the customer, and customize our offer accordingly.  This influences the model line-up we offer, the specification, and the way we market certain services.  So the distributor role in TMC operations is very important.

Q: Do you think it is necessary to work with locally-based partners to fully capitalize on the potential of the MENAT automotive market?  If so, why?

A: Of course, having a locally-based partner who knows the market very well helps us to offer the best sales and after-sales services, most suitable to our customers’ needs, which we aim to constantly meet and add to.

Local partners help us to ensure we focus on the customer’s voice.  One of our ethos is to be the ‘best in town outlet’.  So we expect our dealers and distributors to be the best one in their town.  To do that, they must always prioritize customer satisfaction by meeting customer needs.  Our ultimate goal is to make our customers smile, ensure they are satisfied, through ever-better cars and superb after-sales services.

Maintaining a focus on details, looking for ways to continuously improve and making the customer smile at each and every one of these points inevitably builds to being the best in town.

A: Compared to markets like the US or Japan, the number of hybrid electric vehicles on the roads in the MENAT region is relatively small as of now.

There are several reasons for this.  In Japan, for example, fuel is relatively expensive and there are attractive financial incentives given by the government to choose alternative fuel technologies, like hybrid electric vehicles.

In the MENAT region, fuel is basically cheap and there are not the same financial incentives, so the interest in hybrid electric vehicles is lower.  But that is changing.  The government in Saudi Arabia, for example, has already introduced the CAFE regulations, and there are several initiatives in the UAE around clean air, such as its plan to make 50% Dubai Taxi fleet are environment friendly vehicles by 2020, so we do see a bright future for environment friendly vehicles such as hybrid electric vehicles in the region

Q: What does the future hold for TMC in the MENAT region, and for your relationship with Abdul Latif Jameel?

We have a very positive outlook as there is considerable potential growth for TMC in the MENAT region.  Our relationship with Abdul Latif Jameel is one of the most successful partnerships we have across the world and one we are truly proud of and deeply cherish.  We look forward to many more years of success together.

Where next for mobility?

With more people on the planet than ever before, it is no surprise that the demand for mobility has increased – and will continue to do so as global population levels and living standards continue t ...

Driving towards a cleaner future? How hybrid and electric vehicles look set to transform the automotive industry.

Powered by falling battery costs and a growing momentum behind the push to a cleaner energy mix, hybrid, plug-in hybrid and full electric vehicles are fast becoming an everyday reality for populations ...